METIA associated institutions Cadets are involved the Clean-up process of Chennai Coast Oil Spill. M T BW Maple and M T Dawn Kanchipuram while crossing each other collided on January 28, 2017 outside the Kamrajar harbour in Tamil Nadu District. M T Dawn Kanchipuram, which was carrying 32,813 tonnes of Petroleum, Oil, & Lubricants, suffered a rupture which led to an oil spill. There was no casualty or injury to the crew members. Kamarajar Port had immediately deployed oil boom around the vessel to contain seepage, if any. After examination, the damaged vessel was towed safely and berthed at Kamarajar Port on January 30 to prevent any further possibility of oil spill. As soon as the oil leak was tracked, the Coast Guard started mobilizing equipment and manpower for clean-up at various locations and coordinated these operations. Groups were formed and cleaning work was undertaken at different places of the shoreline. A massive clean-up operation was launched in Tiruvallur, Chennai and Kancheepuram districts by engaging with METIA associated Institutions cadets and more than 2,000 people at various sites including Ernavoor, Chennai Fishing Harbour, Marina Beach, Besant Nagar, Kottivakkam, Palavakkam, Neelankarai and Injambakkam beaches. The total quantity of sludge which was removed till February 2 was 65 tonnes. On February 3, about 21.1 tonnes of additional sludge was removed from Ernavoor, which had the maximum drift of sludge. 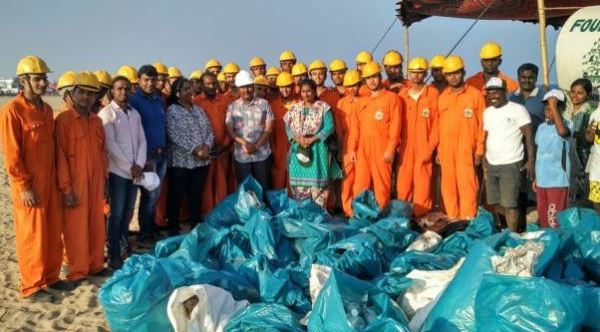 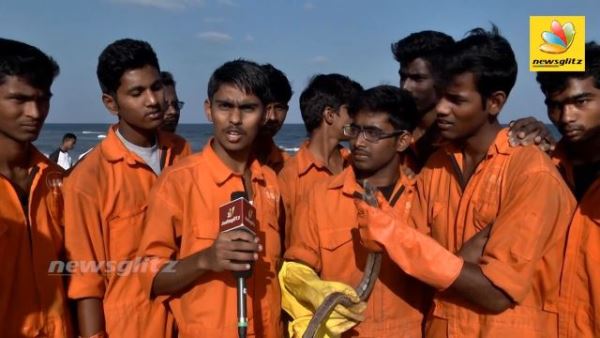 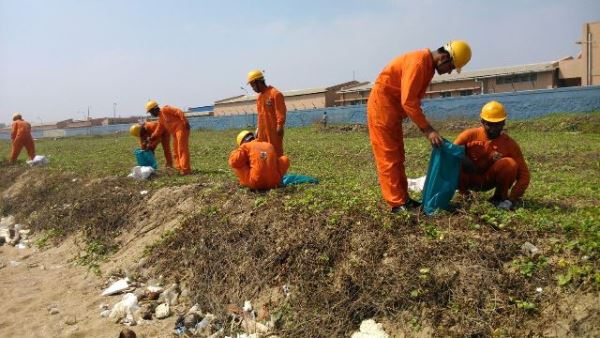 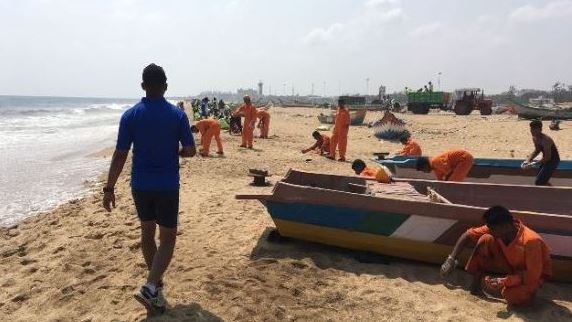 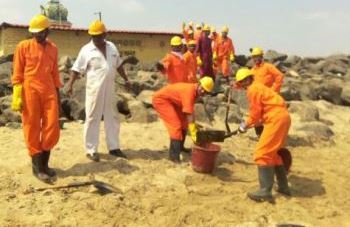